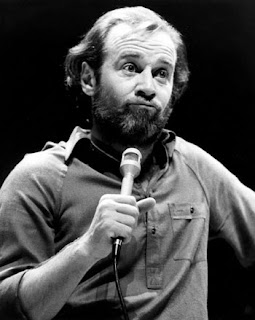 «There are two ways to think about this existence we have. One of them is that it’s Wednesday and it’s three fifteen and we’re talking here in my home, and at four o’clock I have to leave for another meeting. Now, that’s a reality. But there’s another reality. We’re in the solar system of a second-rate star, three quarters of the way out on a spiral arm of an average galaxy in a thing called the Local Group. And ours is only one of billions of galaxies, each of which has billions of stars. Some star systems are binary, and there could be a planet that revolves around a center of gravity between two binary stars. So you’d have two sunrises and two sunsets every day. One could be a red giant, the other a white dwarf; two different-sized, -shaped, and -colored suns in the sky. And there might be other planets and comets. In other words, fuck Wednesday, fuck three fifteen, fuck four o’clock, fuck the United States, fuck the earth. It’s all temporal bullshit. I like thinking about being out there and not thinking about the corporate structure, not worrying about freedom, and not worrying about guns. I chose a life of ideas. That entertains me. That nourishes me.»